The promise of digital finance in Nepal 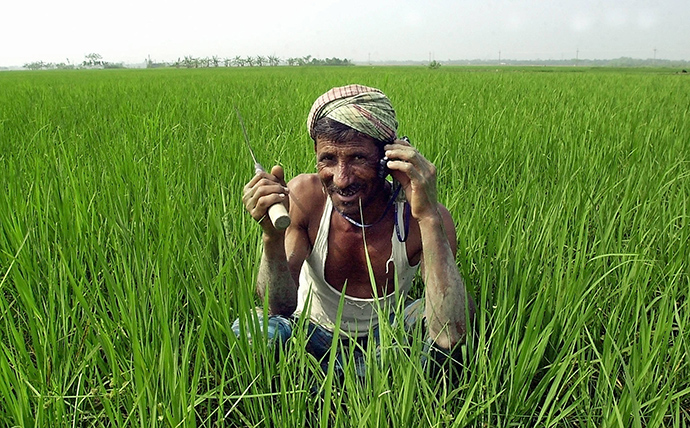 Financial inclusion is vital for inclusive economic growth and gender equality, and it has assumed a prominent role in global development efforts, with the World Bank aiming for universal financial inclusion by 2020. With billions of people in emerging economies already using mobile phones, digital finance makes this goal achievable.

A revolution in economic development lies literally in the palm of a single hand. Mobile phones and digital technologies have rapidly spread around the world, but the implications of their utility for economic development and for the transformation of finance, have yet to be fully realized. The sooner that changes, the better for people everywhere.

In developing countries today, 45% of all adults – two billion people – do not have a formal account at a bank, financial institution, or with a mobile-money provider. The “unbanked” rate is even higher for women, the poor, and people living in rural areas.1 And many people who do have access to a financial account do not regularly use it, due to its high costs in fees and time. Only 10 percent of adults in developing countries have ever received a loan through a bank, a microfinance institution, or some other financial establishment. The situation is similar for micro-, small- and medium-sized enterprises (MSMEs). Roughly half – or 200 million – say they lack sufficient credit or have no access to credit at all.

Only 10 percent of adults in developing countries have ever received a loan through a bank, a micro finance institution, or some other financial establishment.

Entrepreneurship, investment, and economic growth suffer when savings are stored outside the financial system, and credit is scarce and expensive. Fortunately, according to a recent report by the McKinsey Global Institute (MGI), digital technologies – starting with mobile phones – can rapidly fix this problem and foster faster, more inclusive growth.

Mobile phones and the Internet can reduce the need for cash and bypass traditional brick-and-mortar channels. This dramatically reduces financial-service providers’ costs, and makes their services more convenient and accessible for users – especially low-income users in remote locations. MGI estimates that if digital finance is widely adopted, it could add $3.7 trillion to emerging countries’ GDP by 2025. That amounts to a 6% increase above business as usual. In low-income countries with very low financial inclusion rates, such as Nigeria, Ethiopia, and India, GDP could increase by as much as 12%.

Digital finance can boost GDP in several ways. Nearly two-thirds of the expected growth would come from increased productivity, because businesses, financial-service providers, and government organizations would be able to operate much more efficiently if they did not have to rely on cash and paper recordkeeping. Another one-third would come from increased investment throughout the economy, as personal and business savings were moved into the formal financial system, and then mobilized to provide more credit. The remaining gains would come from people working more hours – the time they would have spent traveling to bank branches and waiting in queues.

As for financial inclusion, digital finance has two positive effects. First, it expands access. In emerging markets in 2014, only about 55% of adults had a bank or financial-services account, but nearly 80% had a mobile phone. That 25-percentage-point gap could be closed by making mobile banking and digital wallets a reality. But a gender gap will also have to be closed: worldwide, about 200 million fewer women than men have mobile phones or Internet access.

Second, digital finance reduces costs: MGI estimates that it would cost financial-service providers 80-90% less – about $10 per year, compared to the $100 per year it costs today – to offer customers digital accounts than accounts through traditional bank branches. Using purely digital channels thus makes it feasible to meet the needs of low-income customers. Financial inclusion becomes profitable for providers even when account balances and transactions are small.

With digital finance, as many as 1.6 billion unbanked people – more than half of whom are women – could gain access to financial services, shifting about $4.2 trillion in cash and savings currently held in informal vehicles into the formal financial system. This would allow for an additional $2.1 trillion to be extended as credit to individuals and small businesses. Businesses could also save on labor costs, to the tune of 25 billion hours annually, by swapping cash transactions for digital payments. And governments could take in an additional $110 billion every year – to invest in growth-enhancing public goods like education – because digital channels make tax collection cheaper and more reliable.

New mobile-money services are already demonstrating digital finance’s potential. In Kenya, M-Pesa – which transforms one’s phone into a mobile wallet – has leveraged powerful network effects to bring about a vast expansion in the share of adults using digital financial services. That share grew from zero to 40% in just three years, and had risen to 68% by the end of last year. Traditional financial-services accounts tend to grow at the pace of national income, but M-Pesa’s adoption rate has been dramatically faster, demonstrating that digital finance can achieve significant market penetration rapidly even in the world’s poorest countries.

But such success stories do not happen in a vacuum. For starters, everyone needs a mobile phone with an affordable data plan. While businesses can help, it is incumbent upon governments and non-governmental organizations to extend mobile networks to low-return areas and remote populations. Governments must also ensure that networks between banks and telecommunications companies are interoperable; otherwise, widespread use of mobile phones for financial services and payments would be impossible.

Governments must establish universally accepted forms of identity as well, so that service providers can control fraud. In emerging economies, one in five people are unregistered, compared to only one in ten in advanced economies. Nearly 20% of unbanked women in emerging countries do not have the documentation necessary to open a bank account. Even when people have recognized IDs, they must be amenable to digital authentication. Digital IDs that use microchips, fingerprints, or iris scans could prove useful – and are already gaining popularity – in emerging economies.

Finally, governments must implement regulations that strike a balance between protecting investors and consumers, and giving banks, retailers, and financial-technology and telecommunications companies room to compete and innovate. Because regulations often shut out non-bank competitors, governments should consider a tiered approach, whereby businesses without a full banking license can provide basic financial products to customers with smaller accounts. A good model for this is the United Kingdom’s “regulatory sandbox” for financial-technology companies, which imposes lower regulatory requirements on emerging players until they reach a certain size.

Financial inclusion is vital for inclusive economic growth and gender equality, and it has assumed a prominent role in global development efforts, with the World Bank aiming for universal financial inclusion by 2020. With billions of people in emerging economies already using mobile phones, digital finance makes this goal achievable.