Banking access in rural areas a must to formalize economy of Nepal: Finance Minister Yubaraj Khatiwada 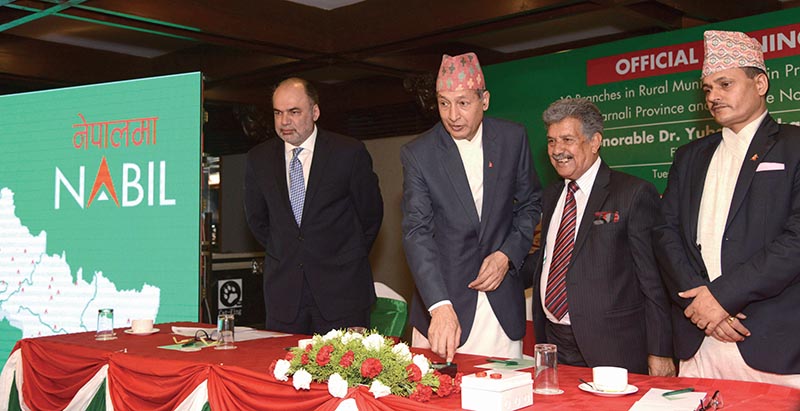 Banks and financial institutions should play a pivotal role to make the economy of Nepal formal, promote financial inclusion, and propel economic growth in the country, The Himalayan Times reports Finance Minister Yubaraj Khatiwada as saying.

Addressing the inauguration ceremony of 12 branches of Nabil Bank established in remote rural municipalities of mid-and far-west regions of the country simultaneously amidst a ceremony organized by the bank, Minister Khatiwada urged banks to establish branches at local levels within the first quarter of this fiscal, as per their commitment.

The presence of banks in rural areas will help economic activities thrive in such regions. It will help boost micro, small and medium enterprises.

From the second half of this fiscal, not only the government but private entities too will have to make all payments through the banking channel, including salaries.

Nabil Bank has officially started the operation of 12 new branches in rural municipalities in Province 5, Karnali Province, and Province 7 as an initiative to expand banking access in remote areas of the country. As per the central bank rules, there should be at least one branch of a commercial bank in each of the 753 local units.

As per the latest data from Nepal Rastra Bank, 666 out of the 753 local levels have access to commercial banks.

Read also: How to open a bank account in Nepal and enable mobile and internet banking?