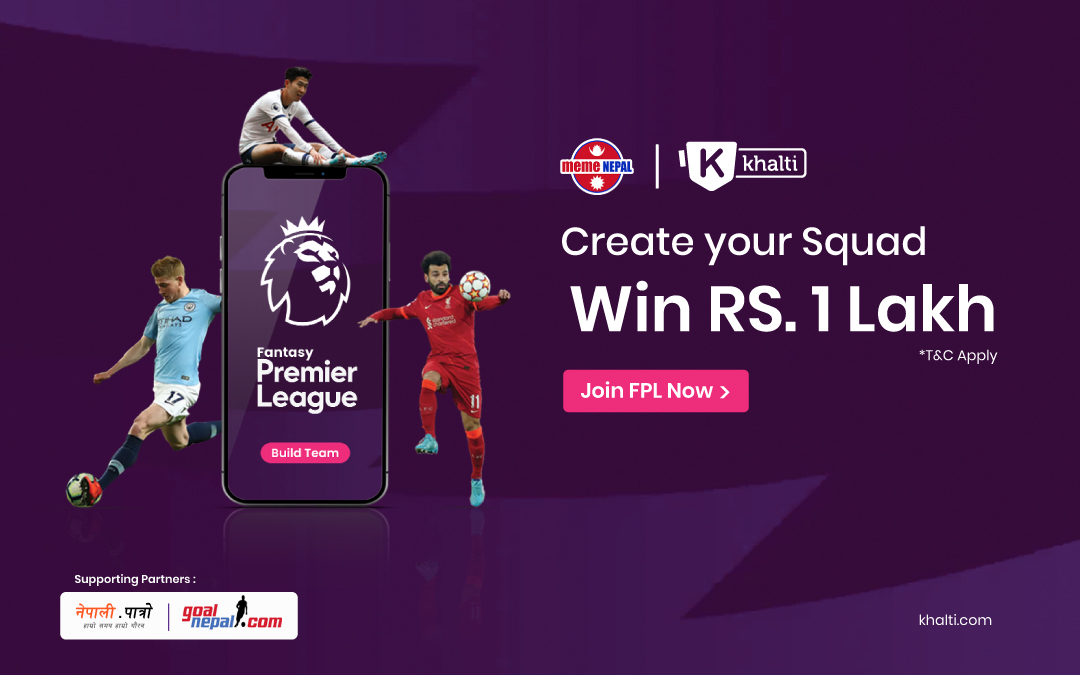 Are you a football lover? If yes, then we are sure that you must have heard about Fantasy Premier League (FPL) where you can play with your friends and create your team from players in real life.

Now it’s your time to exhibit your football knowledge and win the leagues with your team in FPL.

Khalti has collaborated with Meme Nepal bringing registration for Meme Nepal x Khalti Fantasy Premier League from Khalti app. Users can now register for FPL from Khalti at Rs.100 and enjoy 100% Cashback too.

How to Register FPL from Khalti

To enter the Fantasy Premier League you can easily register via Khalti by following these simple steps and get 100% instant Cashback too:

After the registration, you will get a code to join FPL.

*note: users need to have a minimum balance of Rs.100 in their Khalti wallet.

Meme Nepal is also offering Rs. 2,500 as a Gameweek prize and Rs. 1 Lakh as the First Prize for the winners of FPL.

Each qualifying team will be randomly drawn against another in the first round. The team with the highest Gameweek score minus any transfer points will progress to the second round being the winner of Game Week 1.

This process continues until the final Gameweek when the two remaining teams compete in the final.

FPL is a game that casts you in the role of a Fantasy manager of Premier League players.

You must pick a squad of 15 players from the 2022/23 Premier League, who score points for your team based on their performances for their clubs in PL matches.

Prices are given to players based on the number of FPL points they are projected to deliver and you are limited to a budget of £100.0m for your 15-man squad.