Most Nepalis withdraw money through bank teller, and a fraction through ATM: The trend of money withdrawal in Nepal 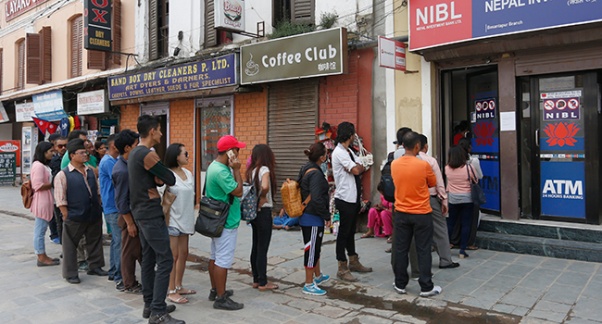 People still find it safe and convenient to withdraw money from bank tellers. However, we can see more and more people shifting to alternative delivery channels like ATM, internet banking, mobile banking, etc. 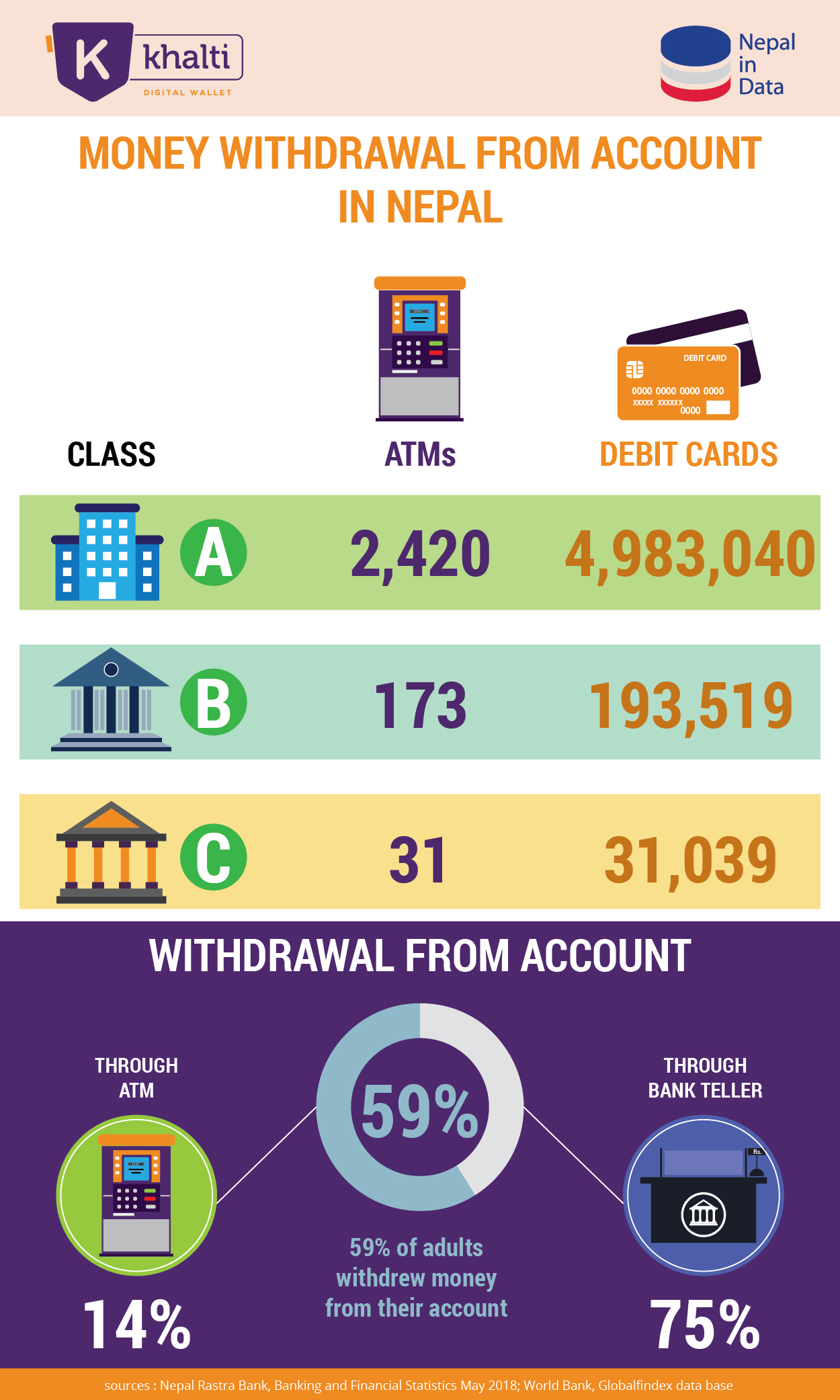 The trend of ATM usage for money withdrawal in Nepal

ATM is the oldest of the alternative banking channels and enjoys the highest level of acceptance among customers. As per the recent statistics from Nepal Rastra Bank, there are a total of 2624 ATM machines in Nepal. There are around 5.2 million Debit cards and 0.12 m credit cards users in Nepal.

Bank ATMs in Nepal can allow a maximum withdrawal of Rs. 25,000 at a time and max. of 4 times in a day. There is no other way than going to a bank teller if you need to withdraw a higher amount. However, the cost of using an ATM is also a hurdle. You might be charged anywhere from Rs.30-50 if you are withdrawing money from another bank’s ATM. On top of this, many people still find ATM machines challenging to use.

The adoption of financial technology in Nepal

Cash has remained the predominant mode of payment for almost all types of payments in Nepal.

However, the acceptance of electronic payments and cards is also rising in the country. Teller transactions are expected to wane as alternative banking channels have emerged.

In recent times, we can see many disruptor fintech firms emerging in Nepal. Mobile and internet banking have slowly picked up. Digital wallet service providers are also working hard to promote cashless payment habits among citizens. The government has made it possible it is possible to pay revenue and all forms of taxes from mobile phones. This is expected to significantly affect the money withdrawal trend, as more and more will be making cashless payments, and thus no need to withdraw money.

Digitization of payments can be a tool to transform a poverty-stricken developing nation into a digital economy. ATMs and online payment methods reduce bank staff workloads and operational costs.

However, the lack of banking and financial literacy in Nepal is obstructing people from adopting banking habits. A large chunk of the Nepali population still does not have access to formal banking channels, let alone the newer alternatives. Only 45% of the adult population in Nepal has an account in a financial institution.

Currently, 510 out of a total of 753 local levels have access to commercial banks. In its latest budget, the government has announced to launch a campaign to open a bank account for all Nepalis within a year. If banking and financial literacy is provided on top of bank accounts, adoption of banking is expected to see a huge boost.

Let’s see what will be the situation of access to banking, payments, and money withdrawal in Nepal in the duration of the next year.

Read also: Why cash is still the king in the digital age?