Why cash is still the king in the digital age? An analysis of Payment Methods in Nepal 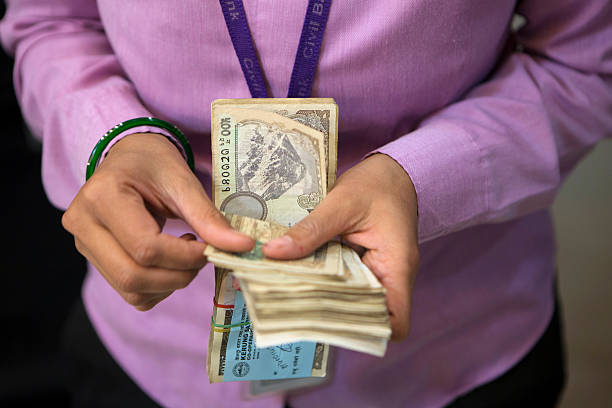 The above figures are taken from the World Bank’s Global Findex Database 2017 show how Nepal is still a heavy cash-dependent economy. Other payment methods in Nepal have a long way to go. And, the country is yet to see digital disruption in how people make or receive payments.

Digital payments and payments via financial institutions are still in infancy in Nepal. Similar is the scenario of e-commerce.

Many cashless payment methods in Nepal are yet to be easily available. People in rural parts of Nepal still do not have access to banks and financial institutions, forget about internet banking, mobile banking, or digital wallets. Many people still don’t find banking services that convenient and accessible.

Almost all of the transactions and payments are made using cash in Nepal. People still find cash a safe, secure, convenient payment method.

However, technological disruption is happening everywhere, and the payment system is not an exception. We can see people starting to use less cash and slowly moving towards digital payments.

On 8 November 2016, the Indian government abolished 500 and 1,000 rupee notes overnight in a bid to stem fake currencies and corruption. After this episode, digital payment has seen a sharp rise in India, and the country literally switched to the digital payment system. This shows government plays a big part in the journey to a cashless society.

There are rise and rise of the mobile payments industry. M-Pesa, a mobile phone money transfer service, has revolutionized payments in countries such as Kenya and Tanzania. Services such as Pingit and Paym in the UK are side-stepping cash. A cashless society is almost a reality across the globe.

The context of Payment Methods in Nepal 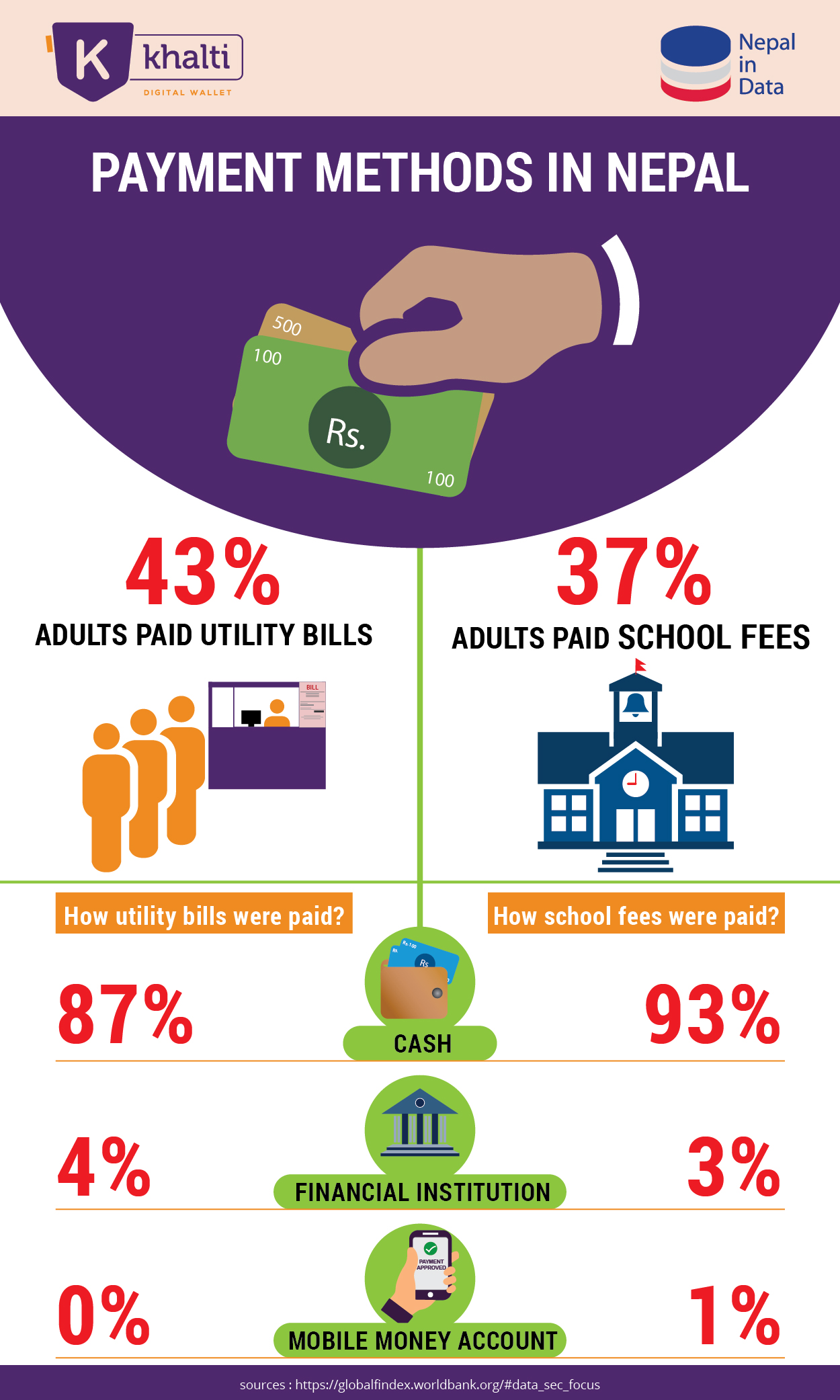 Infographics on Payment methods in Nepal

People still prefer cash in Nepal. And, there are plenty of reasons to prefer cash. It’s convenient. It doesn’t require a bank account or a mobile phone. And in emergencies, it’s good to have stashed under the mattress.

Until recently, banks were urban-centered only. However, as per Nepal Rastra Bank’s recent statistics, 510 local levels out of a total of 753 have access to commercial banks, and the expansion is rapid. The government on its latest budget announced to open bank accounts of all Nepalis within a year. There is a ray of hope that people will be starting to use banking services soon.

Lack of financial literacy is one major reason people not having bank accounts. But, digital payment has the potential to go through accelerated growth after people are financially literate.

Dr. Chiranjibi Nepal, Governor of Nepal Rastra Bank has recently said that the Monetary Policy of Nepal for the next fiscal is being prepared with a special focus on mobile banking.

Going cashless has many benefits, from considering security issues relating to cash to the cost of printing notes and producing coins. It is easier for a government to tax a salary going through a bank; digital payments help a government collect the tax.

Digital payment systems and particularly fintech apps have seen rapid growth in recent years. If all the plans by the government on increasing banking access are implemented, the payment landscape in Nepal will look totally different within a few years, and cash will no longer remain a king.

Know how to make TV Bill payments with Khalti
Why financial literacy is important for young girls in Nepal?
How online payment makes your life easier and secure?
Payment Gateway for Healthcare & Medical Billing In Nepal