Internet Banking/eBanking in Nepal: Past, Present and Future Ahead 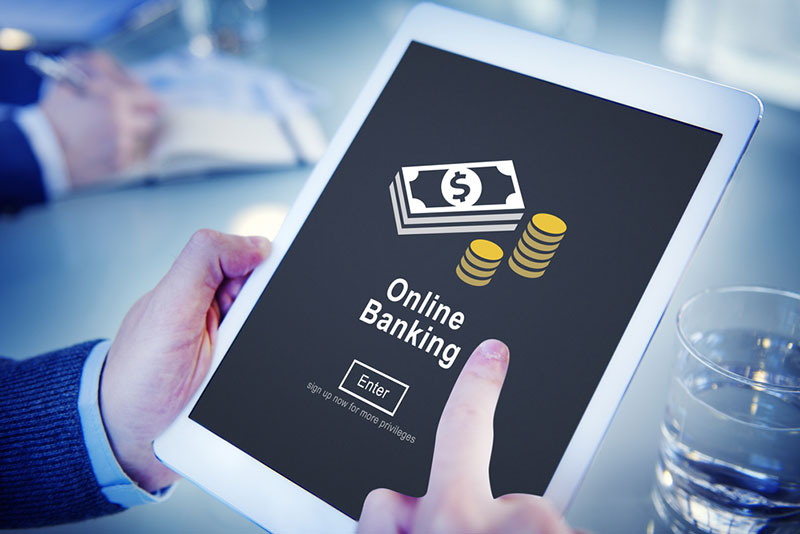 We are living in an electronic age. The vast majority of us own a smartphone. Online space in Nepal is in an increasing trend. Social media portals like Facebook, Twitter and Instagram are becoming more popular than ever. In a similar fashion, technology has also influenced the way we interact with banks. Internet banking/ebanking in Nepal is in an increasing trend as more and more people are starting to do transactions online.

Internet banking/ebanking is an electronic payment system that enables customers of a bank or financial institution to conduct a range of financial transactions through the financial institution’s website. Using internet banking, you can obtain your account balances, a list of recent transactions, various utility bill payments, and funds transfers between a customer’s or another’s accounts. You can access all these facilities from anywhere and anytime using mobile or computer. It’s less time consuming, and very safe and secure.

Internet Banking in Nepal: The Inception

In a country like Nepal having difficult topographical terrain, internet banking acts as an easy medium to reach out to the customers in the hinterlands. 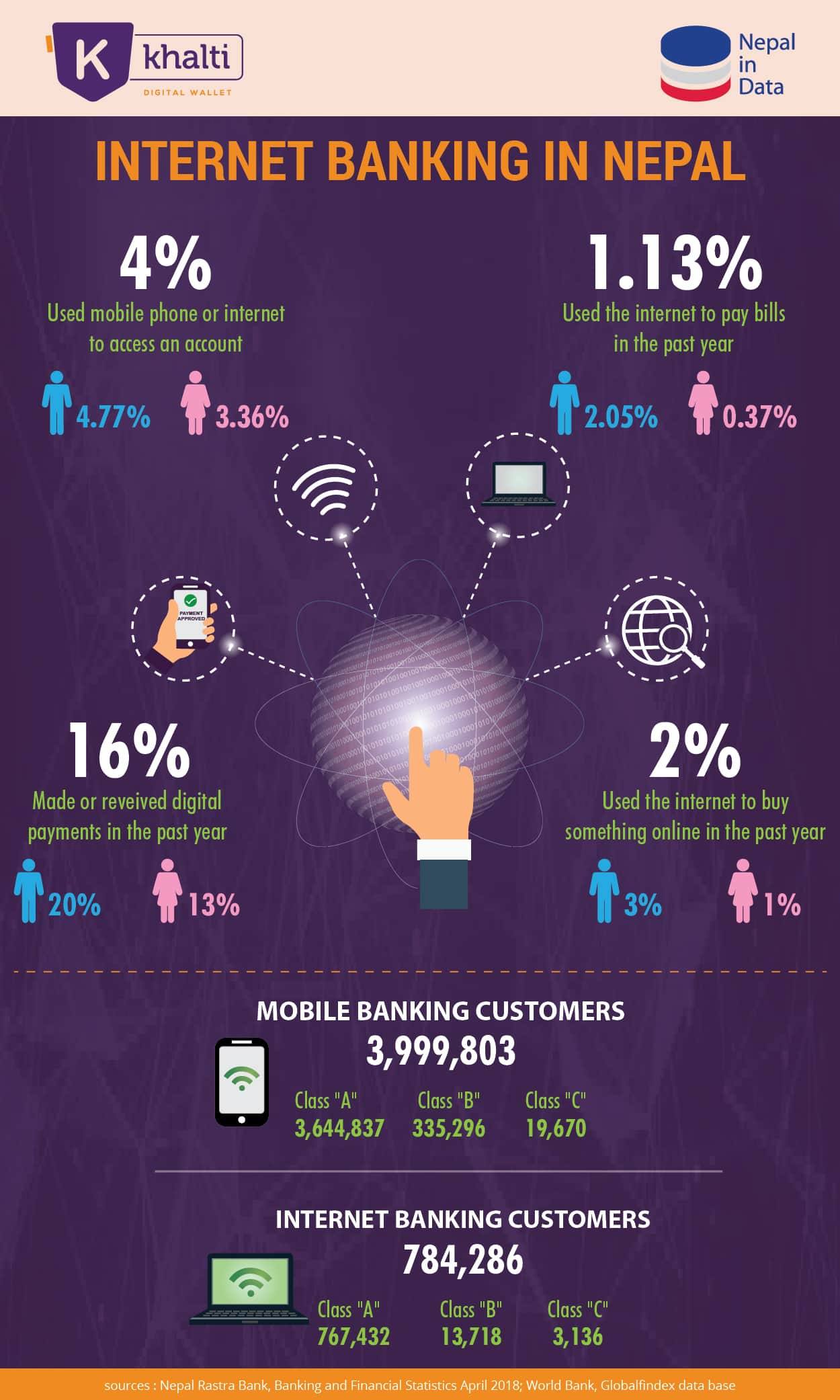 The present scenario of Internet Banking in Nepal

Financial institutions in Nepal are serving nearly 4 million mobile banking customers and 0.78 million internet banking customers, as per the recent data from Nepal Rastra Bank. The adoption is pretty slow, it seems. In the past year, only 2% used internet to buy something online. And, only 1.13% of the adult population has used internet banking to pay bills. However, 16% made or received digital payments in the past year. It shows, people are going cashless, though very slowly.

At a time when only 45% of the adult population has a bank account, banking and financial literacy is very essential for the growth and adoption of internet banking in Nepal.

As per NTA data from mid-September 2018, 53.12% of the population (15.58 million) has access to broadband internet in Nepal. And, more than 8.7 million Nepalese are expected to be using Facebook in Nepal (Dec 31, 2017). This is an absolute evidence of the mass movement following a trend in the online space.

What services are available with internet banking?

Some of the services accessible through Internet banking in Nepal are:

With smartphone penetration sharply going up due to competition in the telecom space, cost-effective models being available and expansion of Wi-Fi/4G/3G networks, mobile and internet banking is expected to see an accelerated growth in Nepal.

The government has decided to implement the Electronic Payment System in the payment of its expenditures and collection of revenue. Now, it is possible to pay revenue and all forms of taxes to government from your mobilephone. The system is currently available at the Taxpayers’ Office in Thamel in the first phase. The government in its latest budget has also announced to run a special campaign to open a bank account of all Nepalis within a year. It will surely offer an enormous opportunity to promote internet banking and digital payments, and ultimately move towards less cash and cashless society.

Read also: How to open bank account in Nepal and enable mobile and internet banking?

Digital payment platforms: An incoming innovation avalanche
5 reasons why you should use a Mobile Wallet in Nepal
NRB increases transaction limits on digital transactions in response to COVID-19
नेपालमा अब डिजिटल बैंकिङ