The Trend of Domestic Savings in Nepal 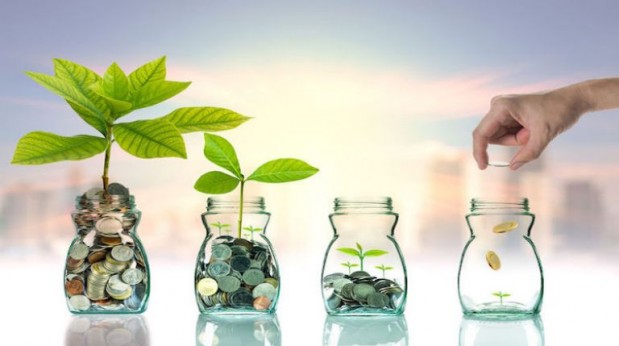 The economy of Nepal is consumption-oriented. Nepal Rastra Bank’s Fifth Household Budget Survey 2014-15 shows that Nepalis spend over 85% of their income on consumption. Meanwhile, the World Bank’s Global Findex database 2017 shows that only 46% of the adult population in Nepal managed to save money in the past year. These figures signal a poor habit of savings in Nepal.

Nepal’s per capita income is estimated to have crossed the 1,000 U.S. dollar mark, as per the Central Bureau of Statistics. Salary, wages, allowance and pension, income from a business, and remittance income are the major sources of household income. However, we spend most of our income on food and beverage, housing and utilities, education, clothing and footwear, transport, communication, and similar other purposes.

Savings in Nepal: Some interesting figures from the Global Findex database 2017 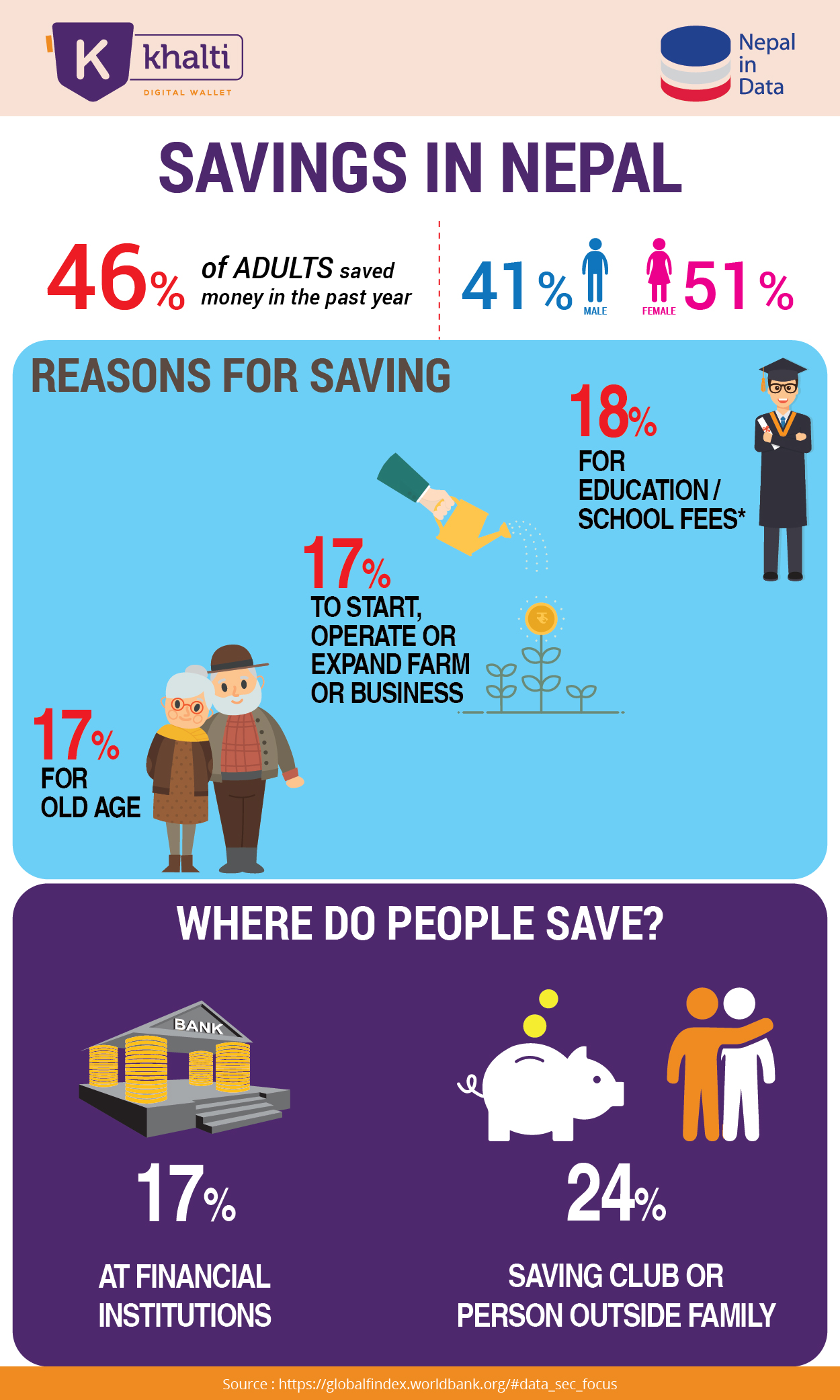 The above-mentioned figures show that saving habit has increased among adults in Nepal.

What all Nepalis need to adopt saving habit – a bank account

Currently, only 45% of the adult population in Nepal has a bank account. Even those earning population don’t put their money in banks. As wages are paid in cash, they put it in their pocket and spend it instantly.

Studies conducted in India have found that ‘making transfers to bank accounts instead of paying cash can enhance savings’. When paid on the account, the money is saved by default, while – as long as payments are done in cash – the money is ready to be spent.

While many people spend most of their time and energy on earning more, it is important to note that without learning the art of spending money well along with judicious saving and prudent investing, they may not be able to create a promising future for themselves and their families.

The government in its latest budget has announced to open a special campaign to open a bank account of all Nepalis within a year. It is expected to bring financial inclusion to the unbanked population. Furthermore, to promote banking habits, the government has already started distributing social security allowance and all other government to citizen payments through banks. On top of this, if financial literacy is also provided, saving habits among Nepalis will get a huge boost.

Don’t have a bank account yet? Open a bank account and start the saving habit and prepare for the future. Money saved today will help you in emergencies tomorrow. Savings can also be transformed into much-needed investments in the future.

From Metallic Coins to Online Payments: A Brief History of Banking in Nepal
The long road to Digital Nepal begins; all government services to go Digital
नेपालमा बैङ्किङ प्रविधिहरू (Banking Technologies in Nepal)
Why cash is still the king in the digital age? An analysis of Payment Methods in Nepal