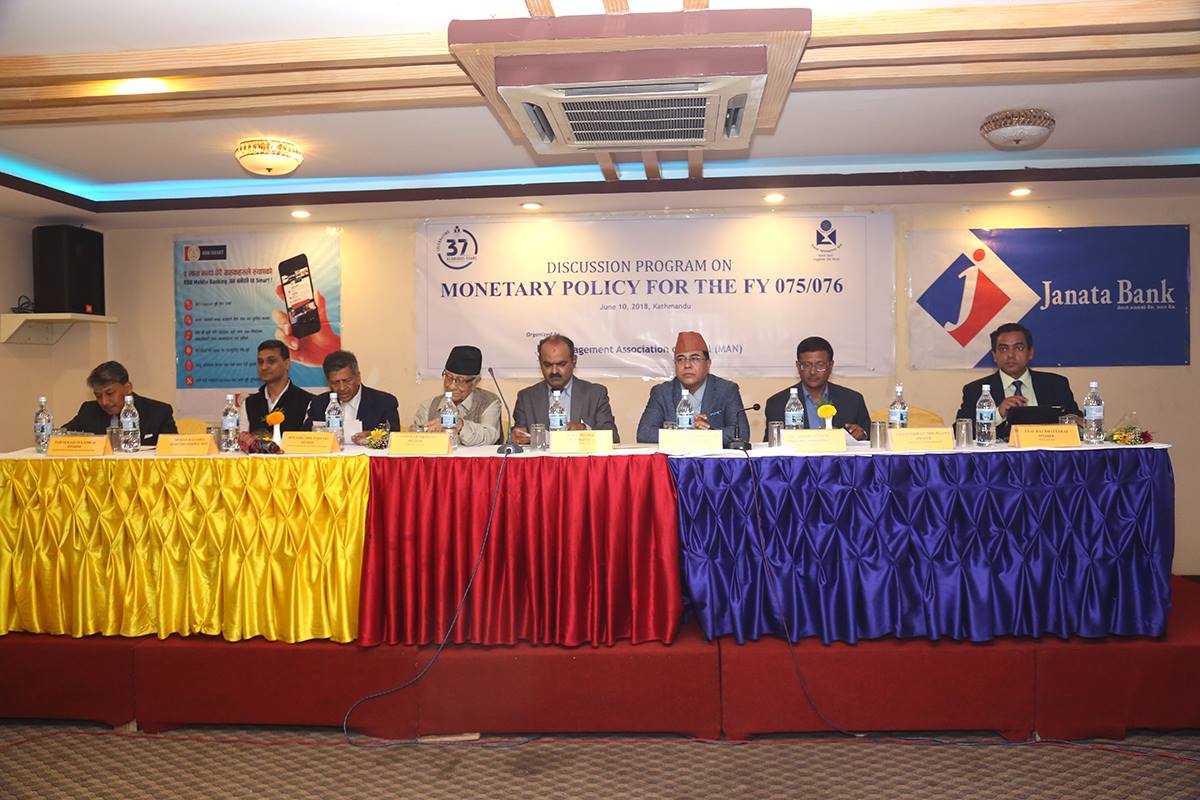 Monetary Policy of Nepal for the new fiscal year will focus on Mobile Banking, Nepal Rastra Bank Governor Chiranjibi Nepal has said. Addressing a discussion program organized by the Management Association of Nepal (MAN), he also mentioned that the monetary policy will introduce a few specific measures to maintain inflation within the 6.5 percent projection, promote agriculture, boost investment in the infrastructure sector, and achieve the government’s target of 8% economic growth.

Next month, the central bank is unveiling the monetary policy of Nepal for fiscal 2018/19.

“Digital banking is today’s necessity. It saves banking costs. So, the central bank will be focusing on mobile and digital banking in the monetary policy,” governor Nepal focused on the speech that he delivered in the program.

Governor Nepal’s speech from the program on ‘Monetary Policy of Nepal’ has been summarized in four points below:

1. Nepal had planned to bring online banking for the first time in South Asia

Governor Nepal also mentioned in the program that the central bank had planned to bring online banking technology in Nepal 10 years ago, for the first time in South Asia. “But, nobody agreed, neither the banks nor the users. Everyone wanted to count hard cash. Even now, the majority of the population prefers cash,” he shared.

Last year, NRB had issued a circular mentioning that payment of or above Rs 10 lakh should be made through banking channels or instruments like a check, draft, credit card, and debit card. The move had come amid growing concern that cash transactions make things easier for money laundering. “Even the Prime Minister and the Finance Minister went on a delegation to NRB to review the threshold for a cash transaction. This says how much we prefer cash,” he said. 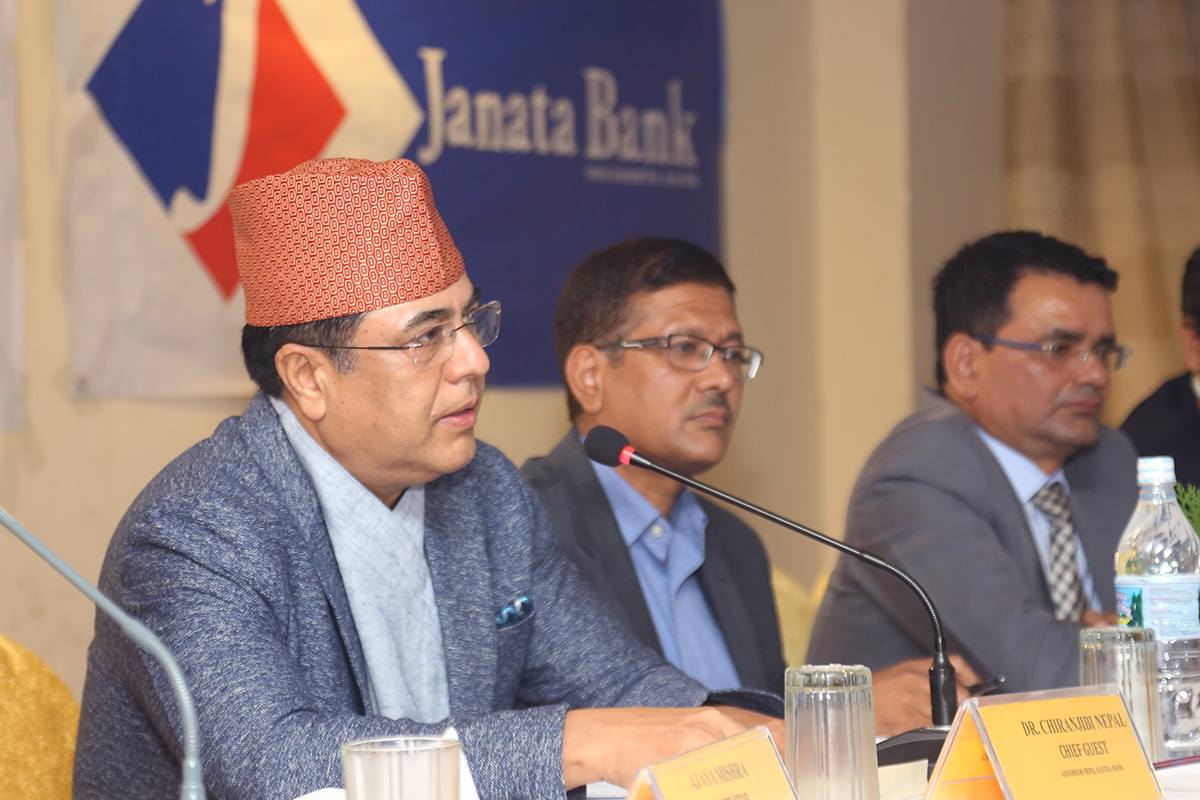 2. 60% of the population still doesn’t have a bank account

“60 percent of the population is still unbanked,” governor Nepal said. “Youths earn money but don’t put it in banks. As wages are paid in cash, they put it in their pocket and spend it instantly. They have not used banking services not because they don’t have money, but because of a lack of financial literacy. Only after getting financial education can one use electronic payment and digital finance. It will make us one step forward,” the governor shared the importance of financial literacy and the need to adopt evolving technology. “With a bank account, they will start saving and making long-term plans. Using banking will make taking loans easier, and promote economic activities,” he added.

3. Rapid expansion of Commercial Banks at the local level

Governor Nepal mentioned that 510 local levels out of a total of 753 have no access to commercial banks.

To facilitate commercial banks to open bank branches at every local level, the central bank is providing interest-free Rs. 1 crore loan. A branch of a commercial bank will have accounts of at least 2500 clients and carry out government transactions.

He also requested the participants in the program to open a bank account in case they don’t have one yet, and start using e-banking and e-payment services.

4. Impressive initiatives by the government

To promote banking habits, the government has already started distributing social security allowance and all other government to citizen payments through banks. This is really an appreciable step by the government.

The government in its latest budget had announced to open a special campaign to open a bank account of all Nepalis within a year. It is expected to further promote mobile banking and online payment habit among citizens.

Will mobile banking and digital payment see accelerated growth in Nepal? Please do share your thoughts with us in the comment box below.