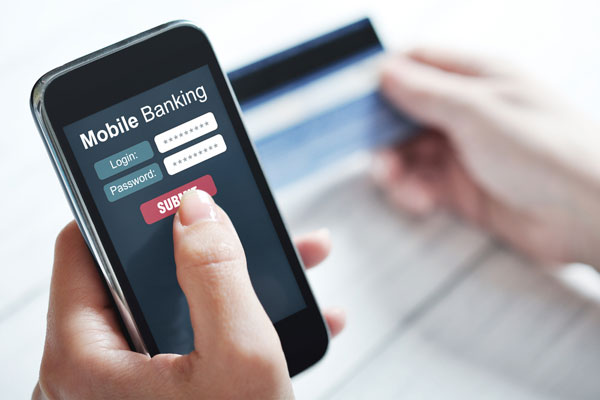 According to the Nepal Telecom Authority (NTA) report, Nepal has 63 percent Internet penetration. This is based on total customers of the Internet Service Providers (ISP) and population census data from the Central Bureau of Statistics. However, this data does not account for every ISP customer, for more consumers access the Internet through WIFI. Internet users, therefore, must be much higher than what NTA data suggests.

The same report says that there are 3,59,12,019 customers using mobile services from different mobile companies. Again, this data does not account for active mobile users and does not include foreign nationals residing in Nepal and using services from Nepali telecom companies. Thus mobile telephone penetration could cover almost all the population.

There is a huge gap between mobile penetration and building financial access to users. Financial access is just 61 percent of which only 40 percent are formally banked and 21 percent use other formal sources. The government has been using several programs—such as Grameen Bank, Wholesale Micro Finance, Directed Lending, Project-Based Micro Credit, and Cooperative among others—to increase financial access in Nepal. But these programs have not been effective so far.

Other countries have used mobile banking for increasing people’s financial access. One such example is M-Pesa that started in 2007 in Kenya and Tanzania by Vodafone and which has now expanded in Afghanistan, South Africa, Romania, and Albania. Before M-Pesa was introduced in Kenya, the bank was on an average 9.4 km away from users. Now, 96 percent population has had access to finance through their phones with an M-Pesa agent 1.4 km away from every user.

According to the World Economic Forum report, almost 40 percent of the total GDP is contributed through M-Pesa. This shows a huge improvement in banking access along with a contribution to the national economy.

When India implemented demonetization to fight illegal trade of currency, 80 percent of currency came back to the reserve bank, which is far more than what was expected. The Indian government is promoting digital currency to control transactions of black money.

In Nepal, there are many challenges in using digital currency. Monetary Policy 2017/18 mentions the development of a national payment gateway through Nepal Telecommunication and the promotion of Fintech, but instead of promoting mobile and Internet payments, Nepal Rastra Bank has issued a circular defining the ceiling for online transactions. NRB has defined a threshold for mobile payment limiting transactions to Rs 5,000 in one transaction. The Daily and monthly payment limit are fixed at Rs 10,000 and Rs 50,000, respectively.

NRB says it will promote mobile and internet payments, yet it has limited transactions of payments. If NRB and government continue to jeopardize already fragile e-payment systems, the Nepali economy will have to suffer to a great extent.

Second, our telecommunication infrastructures are not good enough. There has to be a collaboration between banks, central banks, Telecom service providers, and the government to promote mobile/internet payments and thereby contribute to the economy.

According to the NTA report, mobile penetration has reached 135 percent, which does not account for the multiple sim users, foreign nationals, and inactive sim cards. This could bring the figure much lower than NTA’s estimation. Assuming that, every customer shares the internet with co-workers, friends, and families, this number could slightly increase. The penetration of the Internet and telecommunication appears to be promising. According to a report from Speedtest, a global speed testing company, Nepal has ranked 118 amongst 123 countries in quality of GSM Internet. Nepal stands at 89th among 130 countries in quality of broadband Internet. This indicates the need for improvement of Internet quality in Nepal to make digital currency use successful.

The author is a Resident Graduate Research Fellow at King’s College, Kathmandu. He can be reached at maheshdahal [at] live.com

This article was originally published at Republica National Daily on 18 March 2018. It has been republished here for a reference purpose only.