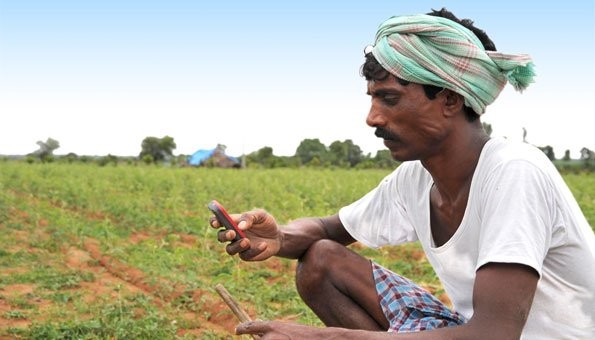 The spread of mobile phones to all corners of the world offers the opportunity to deliver banking services to the poor and rural areas, improving lives, the World Bank said in a report on Thursday.

Access to a bank account can especially help women, who are more likely to save and to spend on healthcare and education, shared World Bank economist Leora Klapper.

Governments can drive those improvements by shifting to digital payments, which more people can access on mobile phones.

The share of adults with accounts is growing but there are disparities among regions, and more starkly, between women and men, she said.

In the latest update to its Global Findex database, the World Bank found that 1.2 billion adults had gotten bank accounts since 2011 and 515 million since 2014, bringing the share of adults with accounts to 69 percent last year.

But while “tremendous progress” has been made in making access to financial services and banking more inclusive, the report finds women and the poor continue to be left behind in some countries.

The data show 72 percent of men worldwide have an account but just 65 percent of women, while in developing economies the gender gap is unchanged at nine percentage points.

The report “shows great progress for financial access — and also great opportunities for policymakers and the private sector to increase usage and to expand inclusion among women, farmers, and the poor,” said Queen Maxima of the Netherlands.

Digital financial services “will continue to be essential as we seek to achieve universal financial inclusion,” she said in a statement. Maxima is the UN Secretary-General’s special advocate for inclusive finance for development.

The massive database, which compiles interviews of 150,000 adults in 144 countries, for the first time gathered information on mobile phone access, showing that 1.1 billion “unbanked” adults have a mobile phone.

That offers the opportunity to increase financial inclusion through mobile accounts, especially if governments lead the way.

Digital payments are safer, since workers would not have to carry cash, and they prevent “leakage” through corruption or other charges, Klapper said.

She cited examples of a woman who complained that her mother-in-law confiscated her wages when they were paid in cash, but now cannot access the funds. Another had to pay a motorcycle service to make small deposits each day to keep the cash in the hands of thieves.

Once the government makes the shift to digital payments technology, it can create an “ecosystem” allowing the private sector to take advantage of it as well, to pay wages and collect payments, creating more security, transparency, and potentially improving tax collection, Klapper said.

However, she stressed that that requires a well-developed payments system, appropriate regulation, and “vigorous consumer safeguards.”

And having access to an account makes it more likely individuals will save for emergencies, and use the funds to invest in education, healthcare, or even in a small business.

Since a large portion of the adults in lower-income countries is farmers who require payments for things like crop insurance, digitizing those payments “could reduce unbanked by a quarter.”

East Africa was a leader in mobile money accounts and the technology has spread so the share of adults using them in Sub-Saharan Africa doubled to 21 percent since 2014.

India was a standout in the latest report due to its switch to biometric smart cards to make payments and saw a “massive surge in account ownership,” and narrowed the gender gap to six percentage points between men and women with accounts.

“In India the leakage of funds for pension payments dropped by 47 percent (2.8 percentage points) when the payments were made through biometric smart cards rather than being handed out in cash,” the report said.

Read Also: What to look for Mobile Payment trends in Nepal in 2075 BS?