From Metallic Coins to Online Payments: A Brief History of Banking in Nepal 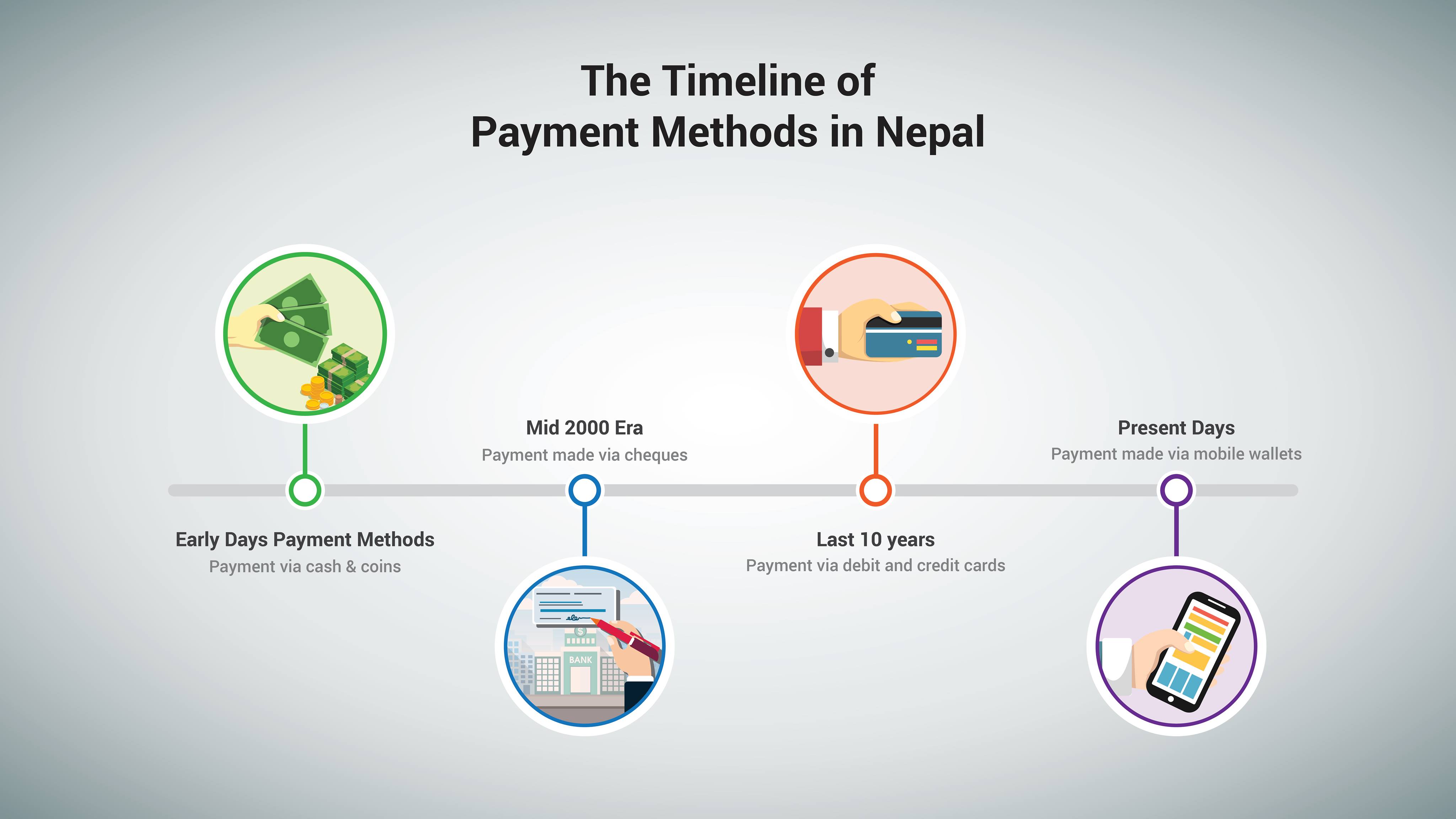 The history of banking in Nepal dates back to the year 1937 AD with the establishment of Nepal Bank Limited as the first commercial bank in Nepal. It was established as a semi-government bank with METALLIC COINS worth NRs 10 million as the authorized capital. Banknotes in Nepal weren’t introduced up until the mid-1940s. It was in the year 1945 that the earliest banknotes were issued by the treasury “Sadar Muluki Khana”. These notes were signed by a “Khajanchi”, the head of the treasury who also was a high Hindu Priest.

Later in the year 1955, the Nepal Rastra Bank Act was formulated for a better banking system and Nepal Rastra Bank was established in 1956 as the Central Bank of Nepal accordingly. After this date, the banknotes were issued by the Central Bank with the signatures of the governors of the institution. Till the 1980s, the banking sector was wholly owned by the government, with Agriculture Development Bank, Rastriya Banijya Bank, NBL, and NRB being the pillars of a financial institution in Nepal.

1984 saw the start of the private banking industry with the establishment of Nabil Bank and the introduction of foreign banks such as the Nepal Arab Bank, Nepal Indosuez Bank, and Nepal Grindlays. The banking sector in Nepal has faced many hurdles and hindrances. It has undergone various political conflicts and instability. But today, it stands more liberalized and modernized. There are various types of banks working in the modern banking system in Nepal. As per the list issued by NRB as of Mid-June 2018, the modern banking sector includes 28 Commercial Banks, 33 Development Banks, 25 Finance Companies, and 63 Micro Credit Development Banks.

The growth in the banking sector has drastically changed the paying habits of people. It wasn’t long ago when people only dealt with hard cash. Queuing in banks to withdraw the smallest amount of money also wasn’t unusual. But today, more and more Nepali people find it convenient to carry plastic money in their wallets instead of hard cash.

If we look back into the banking history of Nepal, the first credit card in Nepal was introduced by Nabil Bank in 1990, and the first ATM was introduced by the Himalayan Bank in 1995. However, it couldn’t take a swift leap into people’s behavior. Although ATM was introduced, it wasn’t in an adequate amount at the time. But now, there are more than 9 ATMs per one thousand adults in Nepal, belonging to different banks in various regions of the country. And according to the Central Bank, there were 68,19,602 debit cards issued as of December 2019.

Mobile and Internet Banking in Nepal

The history of banking in Nepal has taken a swift jump with the implementation of mobile banking and internet banking. The technological evolution has further enabled people to better utilize banking services. In the case of Nepal, Kumari Bank was the initiator of internet banking. It started its e-banking services in 2002. And soon was accompanied by Laxmi Bank with its mobile (SMS) banking in 2004.

The easy accessibility of the internet has greatly fostered e-banking. Hard cash was replaced by bank-issued cheques. But in recent history, credit/debit cards, e-banking, and mobile banking have come to the emergence and slowly has been replacing the hassle of carrying cash and cheque at all. Picturing the development of mobile banking, internet banking, and digital payments in Nepal, NRB has issued a revised directive on payment systems in 2019.

Although banks played a major role in the emergence of mobile transactions, it was Fonepay, a service offered by F1 Soft International which brought a revolution in the early 2000s. Not only did it provide SMS banking but also enabled people to receive remittance through mobile phones. Another company that enabled banks to provide a mobile banking system was HelloPaisa. It was founded in 2009 to help bank clients in paying bills, sending/receiving money within Nepal, receiving money from abroad, and purchasing airtime for their mobile phones or making merchant payments.

With the global business trend and need for a payment gateway for the growth of digital commerce, F1 Soft International introduced eSewa which brought a new and innovative concept to the Nepali financial market. With eSewa customers could pay their bills online regardless of their choice of banks. It became a quick hit as people would rather make an online account and pay their bills than standing in a queue for hours to pay their electricity or phone bills. Currently, eSewa has partnered with most of the commercial banks in the country and partnered with various vendors that accept payment through eSewa.

In terms of digital wallet services, companies such as Khalti are not much behind in revolutionizing the financial sector. People can recharge mobile phones, pay electricity and water (Khanepani) bills, pay DTH and ISP bills, book movie tickets and flight tickets, book hotels online, and more. Along with making online payments, Khalti users are also provided with various offers, bonuses, and cashback on transactions.

Accessing banking services in this way has not only become convenient but also essential for a number of reasons. Not only is it more convenient, but being able to bank on the move helps people to maintain better control of their finances. This makes sense when people consider the benefits of being able to call up their financial balance as they pay up their bills.