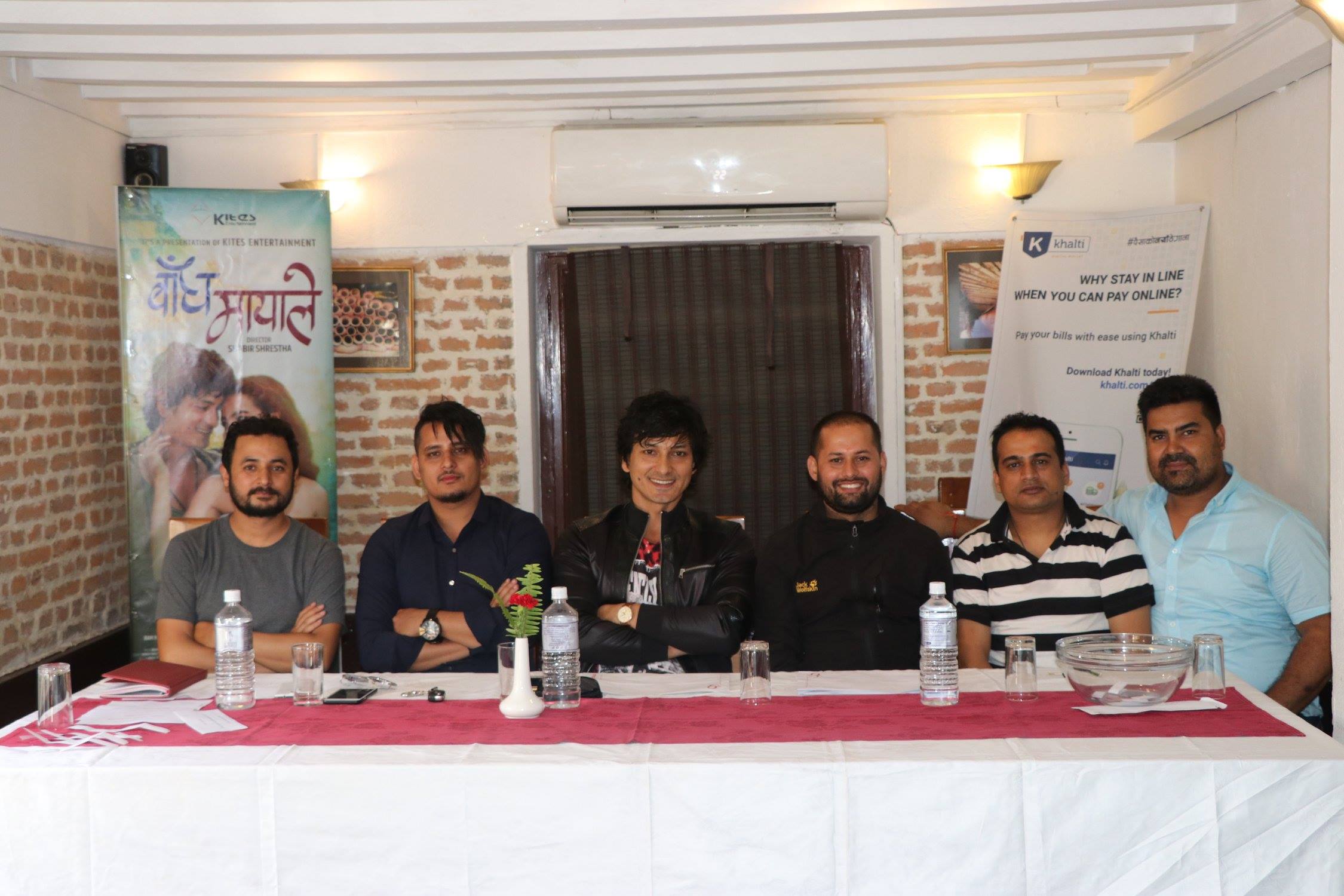 Bandha Mayale movie team has announced winners for the ‘Answer & Win’ campaign that is ongoing on its Facebook Page.

Winners were announced for the six quiz questions published so far. The announcement was made amidst a special event organized in Kathmandu on Sunday, September 9. The winners were chosen through a lucky draw held in a Facebook Live session.

Director of the movie, Mr. Shabir Shrestha, lead star Mr. Aaryan Adhikari, CEO of Karyalaya Ventures, Mr. Prasun Timilsina, and Director of Khalti, Mr. Dhruba Adhikari among others were present at the event.

The winners in Bandha Mayale Movie ‘Answer & Win’ campaign are:

Khalti, the Digital Payment Partner for the Bandha Mayale movie, congratulates all the winners in the ‘Answer & Win’ campaign. Each of the winners has been provided a Khalti balance worth Rs. 500 from Khalti.

Quiz questions relating on the movie are being published every alternate day on the Facebook page of ‘Bandha Mayale’.

Bandha Mayale movie stars former Miss Nepal Shristi Shrestha, and Aaryan Adhikari. The movie is directed by Mr. Shabir Shrestha. The movie had got huge accolades at the premieres held recently in Australia, and the USA. The film is all set to be released in the theaters across Nepal on Ashoj 5 (21 September 2018).